explore all the ShowLoveTO activities

Over 50 specialty vendors await you in the centre of the historic St. Lawrence neighborhood.

Home of COC’s administrative offices, rehearsal spaces and the Imperial Oil Opera Theatre. The Canadian Opera Company (COC) is the largest producer of opera in Canada and one of the largest in North America. Under its General Director Alexander Neef, the company enjoys an international reputation for artistic excellence and creative innovation.

Built in 1899, the former West Gas Purifying House at 296 Front Street East, is a heritage designated structure. The main west house building, plus two ventilation shafts on the north side, were retained and fully restored to provide a unique setting for this modern community oriented police facility. The schematic design of the station features the main public entrance to the heritage building on Parliament Street. A public space (community room and amenities) is on the Parliament Street side. The interior of the public access area is highlighted by the spaciously open ”West Bays” and south elevation celebrating their full height for public enjoyment. The second floor within this structure is pulled well back from the south and west elevations so the windows remain unaffected.

Local developers have embarked on an ambitious experiment, building a downtown neighbourhood from scratch. In December 2001 Cityscape bought the 44 vacant buildings (and the cobblestone private roads that run between them) that once made up the Gooderham & Worts distillery and have since set about creating a pedestrian village out of the 13 acre complex bounded by Mill, Parliament, Cherry and Lakeshore. The distillery is now also the proud home of the Mill Street brewery and of the Young Centre for the Performing Arts and the acclaimed Soulpepper Theatre. 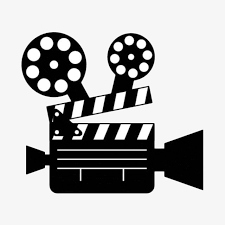 Directed by Michelle Latimer and based on Eden Robinson’s bestselling novel, this series follows an Indigenous teen struggling to support his dysfunctional family as myth, magic, and monsters slowly infiltrate his life.  https://tiff.net/events/trickster

Join us Friday at 6pm for a digital film screening in the courtyard.

Please RSVP as numbers will be limited.

TIFF has given us the AOK for a big screen digital viewing in the courtyard.

Bring a blanket or lawn chair to sit on and dress warmly.

An in-depth look at the life of musician Billy Tipton

TIFF is learning how to switch it up.  There will be socially distanced indoor screenings, drive-in movies, outdoor experiences and digital opportunities.  If you have another TIFF  film you’d like to see in the courtyard, message me, and I’ll try to set that up as well.

… On Thursday evening, with patience, we’re going to set things up, and make sure we have it all working with a viewing of Enemies of the State.

Art for kids in the 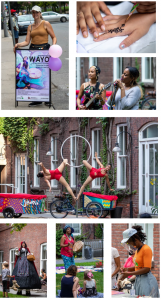 To celebrate the end of a strange summer, we  hosted  the“WAYO” children’s festival presented by Jamii (a local arts based charity) and in cooperation with Canstage.   Our Courtyard was the perfect place to ensure the safety and security to all the participants.   There was live music with a singalong, story telling, and a hoops acrobatics performance.  The children also participated in variety of multidisciplinary arts and craft.

If it weren’t for COVID, we would have never been asked to host.  We had the perfect location, and the event was a huge success.   We now hope to be able to make it an annual event.

All photos courtesy of:  @delphyphotoz