The Years of Uncertainty

In 1945, the mill was purchased by Monarch Knitting Mills. The area that is now Berkeley Castle Yard was built over and fitted with hot air machines to dry skeins of wool. However, Monarch’s presence was short-lived as only seven years later; the site was occupied by the Toronto Storage Company until 1965.

For the next fifteen years, ownership changed numerous times and the buildings were used as low income housing and workshops. It was at this time that the building was referred to as “the castle”. 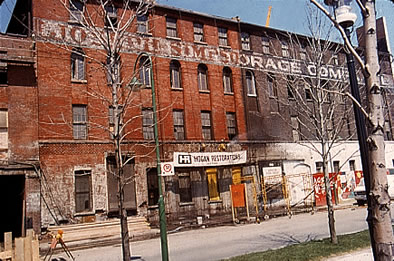