Rebirth of a Heritage Building 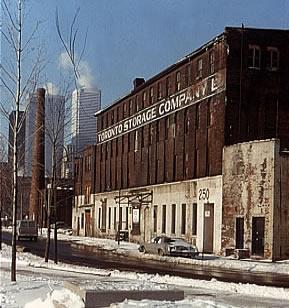 It is believed that land speculators held the building when it was purchased by A.J. Diamond and partners in 1975. By this time, the complex had deteriorated to the point that the fire Marshall condemned it.

When purchased by Diamond and partners the building was occupied by craftsmen, artists and musicians who lived, worked and flourished in the miserable surroundings. The place was called the castle because it was dark and dingy, but nevertheless it had a charming kind of vitality.

The property was purchased with the intention of renovating the complex for residential use. The lands along the south of the Esplanade had deteriorated in a similar fashion to the factory. Plans were prepared by Diamond to create loft type residences, and an application was filed to change zoning from industrial to residential. Neighbouring industries, threatened by the possibility that residents would complain about noise and pollution, objected to the change in use. A compromise was reached in 1981, as commercial zoning was granted.

New architectural plans were prepared. The buildings were to be converted to office on the upper floors, served by two elevators, stairs, and washroom cores. The ground floor was to be converted to retail uses. The sheds in the yard were to be removed, creating a quiet open courtyard. The original structures were to be cleaned and repaired and restored in an economic fashion. 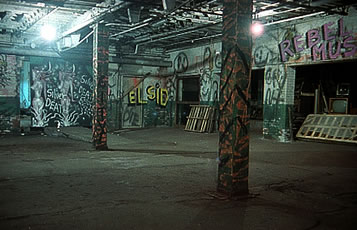 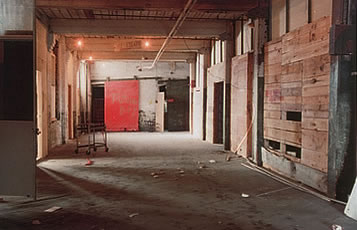